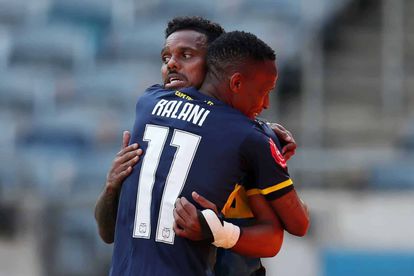 The January transfer window has closed and it’s time to sit back and analyse the players signed – and sold – by the 16 DStv Premiership clubs. Photo: Muzi Ntombela/Gallo Images/BackpagePix

The January transfer window has closed and it’s time to sit back and analyse the players signed – and sold – by the 16 DStv Premiership clubs. Photo: Muzi Ntombela/Gallo Images/BackpagePix

Towards the end of last year, DStv Premiership champions Mamelodi Sundowns bolstered their squad with the recruitment of Bradley “Surprise” Ralani.

The now former Cape Town City FC midfielder has signed for 18 months – until the end of the 2022/23 season.

Although some onlookers may have questioned the signing, Mnqgithi explained on the Ultimate Sports Show what the thinking was behind bringing Ralani to the club.

“The truth of the matter is when you sign a 34-year-old, people are already looking at you and say what are you trying to do.

“He has been consistent in that space, we just believe is one of those underrated players that probably ready to be worth of maybe getting some serious awards in the league because he has been very consistent, and his numbers will surprise you.

“We needed that type of winger, we needed dribblers, people who can assist in one v one situation, dominate and get assists in total, and Bradley is not a surprise in that space.”

SURPRISE RALANI IS 11 MATCHES FROM BEING A DSTV PREMIERSHIP WINNER!

Ralani, now 34, is likely only six months away from landing his first DStv Premiership title with Mamelodi Sundowns a yawning 14 points ahead of their nearest challengers with just 11 matches remaining.