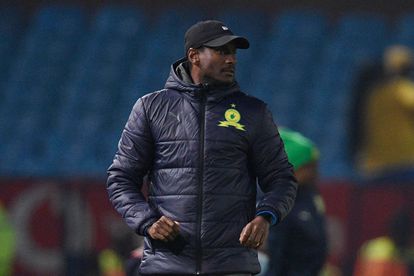 Mamelodi Sundowns are reportedly interested in signing another Cape Town City star in the upcoming transfer window which opens in January.

According to Soccer Laduma, the Brazilians have earmarked Khanyisa Mayo as their next target as they look to reinforce their squad for their CAF Champions League assignments next year.

The Brazilians are in the group stages of the CAF Champions League, and their goal is to go all out and lift the coveted trophy.

According to the same publication, Sundowns believe they need to bolster their strike force following Peter Shalulile’s lengthy injury lay-off.

Of course, Shalulile is expected to be back from injury when the season resumes but the Sundowns technical team feels they need depth in that department.

And while they have a number of good strikers in the current squad, the Tshwane giants feel Mayo is the perfect striker to help them in that regard.

Furthermore, Sundowns believe Mayo can grow into the system until he at least reaches his peak as he’s only 24-years-old.

Should Sundowns indeed manage to convince Cape Town City to sell Mayo to them, he would become the fifth player to join them from the Mother City-based outfit.

Aubrey Ngoma was the first player to join Sundowns from Cape Town City during the 2017-18 season and he was followed by Lyle Lakay soon afterwards.

Sundowns would then lure Kermit Erasmus from Cape Town City at the start of the 2020-21 season before Terrence Mashego joined a few months ago.