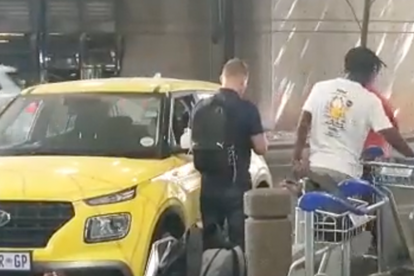 Who’s going to catch Mamelodi Sundowns? Terrence Mashego has been spotted at the OR Tambo International Airport before entering a vehicle that belongs to the 2016 African champions.

As The South African website previously reported, Cape Town’s Terrence Mashego is on his way to the DStv Premiership champions.

With Mashego arrival, it is expected that the champions will release one of the exiting left-backs before the transfer deadline on 22 September.

Other reports have suggested Kermit Erasmus will resign for City as part of the Mashego deal.