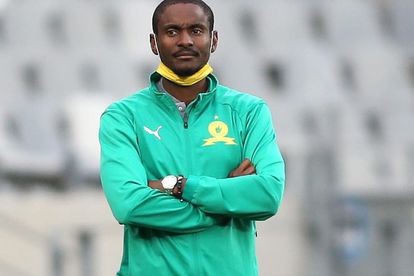 The Brazilians are short up top after both Peter Shalulile and Abubakar Nasir suffered injuries during the first half of the campaign.

Mayo has been one of the standout performers in the league so far this season. He grabbed five goals and one assist so far for the Citizens.

“Mamelodi Sundowns are believed to be making plans for the January transfer window and the Siya crew has been informed of the club’s interest in a Cape Town City player.” a SoccerLaduma report read.

“Sundowns are determined to get their hands on the CAF Champions League title. And it’s understood that they will make an effort to bring in City striker Khanyisa Mayo, who has been in good form for the Citizens.”

In other news, Orlando Pirates new signing Kermit Erasmus has opened up about the circumstances surrounding his abrupt Mamelodi Sundowns departure.

Erasmus re-joined the Buccaneers at the beginning of the season after spending two years at the Brazilians.

According to Erasmus, nobody at Mamelodi Sundowns told him he’s ‘surplus’ to requirements and his jersey (number 11) was given away to Marcelo Allende without his knowledge.

“I had never thought I’d find myself in that situation I was in. Not being able to play and not being told I was not going to be part of the team.” the Orlando Pirates striker told SAfm as quoted by Citizen.

“It’s football. It is business and I had to see it in that perspective as well and not put my ego or my emotions into it and just move on from there.

“I never got any explanation from the Mamelodi Sundowns coaches and that is the most disappointing part. But like I said, it is business, it is football. They have to focus on the team as a whole and not on individuals.”