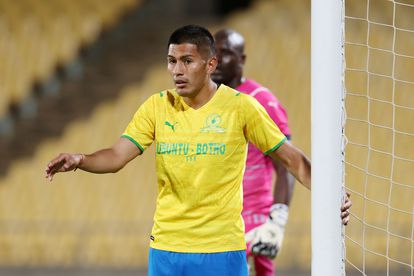 The Brazilians will be looking to extend their lead atop the DStv Premiership log standings.

They currently have 16 points and enjoy a two-point advantage over Orlando Pirates after eight matches.

AmaZulu FC on the other hand have picked up 11 points from their opening seven matches of the season.

Brandon Truter’s side sit in seventh position on the DStv Premiership log standings. Kick-off is scheduled for 15:00. Below is how both sides lineup for today’s clash.

If you’re unable to watch the match on TV, you can also live stream the proceedings on Multichoice’s streaming platform DStv now! [Subscription required]

We need to take our chances – Mbule

“When we look at the games that we have played I think that we also create a lot of chances.” – Sipho Mbule told the Mamelodi Sundowns website.

“The problem is that we were not converting them. I think coming into this game, if we can score the chances that we create [then] things will be easier for us and the fluctuation will stop.

“They [AmaZulu] are coming from a loss against Chippa [United]. I think it’s going to be a competitive game because they will want to pick up some points.

“I think they also lost two, drew two and won three. It’s not going to be an easy game.”