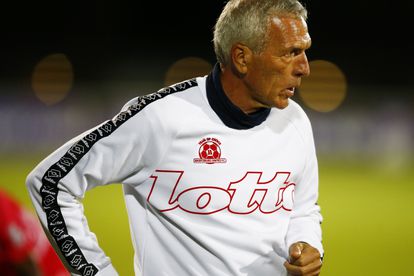 Maritzburg United and Marumo Gallants will lock horns in a DStv Premiership match at the Harry Gwala Stadium in Pietermaritzburg on Wednesday, 22 September at 17:00.

READ | KAIZER CHIEFS COULDN’T STOP MAMELODI SUNDOWNS, BUT CAN ORLANDO PIRATES DO SO?

Maritzburg United head into the match on the back of a 1-0 away win against Baroka FC which was their first victory of the season after defeats against Golden Arrows and newly-promoted Sekhukhune United.

The Team of Choice find themselves currently in 13th place in the standings with three points.

Marumo Gallants will be in a positive frame of mind following their 4-2 aggregate victory over Futuro Kings FC in the preliminary round of the CAF Confederation Cup.

In this season’s DStv Premiership to date Marumo Gallants have only played two matches, losing their opening fixture 2-0 to Baroka FC then drawing 0-0 with Orlando Pirates.

Their single log point to date sees them occupy 16th – and last – position in the standings.

In head-to-head meetings, Maritzburg United lost 1-0 at home to Marumo Gallants (formerly known as Tshakhuma Tsha Madzivhandila) on 12 February 2021 and lost again by the same score on 20 April.

READ | KAITANO TEMBO’S PHONE HACKED AGAIN! IF ‘HE’ ASKS FOR MONEY, SAY NO!