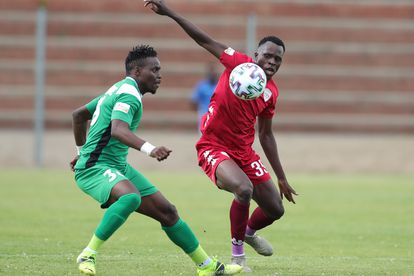 The free agency in and around South African football has become an enticing option for all PSL side’s even the big boys like Mamelodi Sundowns and Kaizer Chiefs.

Former Youth International to be unleashed against Kaizer Chiefs

Former South African youth international Pule Maraisane has been handed a new long-term contract with Mamelodi Sundowns and is believed to have been added to the team’s squad for the Premiership season.

Soccer Laduma reports that the 26-year-old could make his first appearance for Sundowns against Kaizer Chiefs on 12 September at the Loftus Versveld Stadium.

Maraisane was on the books of Turkish outfit Cerkezköy 1911 Dogan Spor for a season but returned to South Africa in 2019. He spent last season on loan at GladAfrica Championship side Cape Town All Stars.

Kaizer Chiefs target Seth Parusnath has signed with Sekhukhune FC according to a report from Goal.com.

The former Golden Arrows midfielder was without a club after the Durban-based side released him at the end of last season.

Sekhukhune can sign and register Parusnath as he was a free agent.

Bloemfontein Celtic players have once again found themselves in the midst of a pay scandal with a row breaking out between the inherited squad and new owner Shauwn Mkhize.

Mkhize has accused the players of ‘inflating their salaries’ and lashed out at media outlets carrying ‘sensationalized’ stories.

A source from within the club told the Sowetan: “Yes, some of the former Celtic staff members have not received payment for last month [August]. The club is having problems with contracts, some contracts have been inflated and some coaches have given themselves four-year deals… they’re forging contracts… it’s a mess but it’ll be sorted out soon.”

Kaizer Chiefs duo Lazarous Kambole and Siphosakhe Ntiya-Ntiya face an uncertain future having failed to secure exits from Naturena despite being transfer listed.

The players could still move abroad although such a swap is far more likely in the case of Kambole than Ntiya-Ntiya.

Striker Kambole is reportedly keen to stay at Kaizer Chiefs and press for a regular starting place.