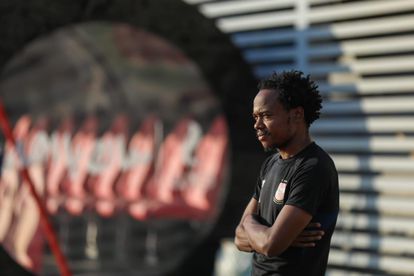 The extra-long PSL transfer window affords the likes of Kaizer Chiefs, Orlando Pirates and Mamelodi Sundowns a chance to reinforce their groups.

Sundowns-bound Mashego spotted at OR Tambo

Terrence Mashego wasnspotted at OR Tambo International Airport before entering a vehicle belonging to Mamelodi Sundowns.

Mashego is set to link up with the champions imminently.

Orlando Pirates’ former star Wayde Jooste might not sign for SuperSport United. A report says the club is held back by budget.

According to reports Gavin Hunt’s team are keen on the 30-year-old Jooste but money will have the last say.

Should Kaizer Chiefs go in for Sundowns malcontent?

Kermit Erasmus is facing a bleak future at Mamelodi Sundowns after being sidelined and isolated since the start of the season.

The nippy striker last kicked a ball in competitive matches last term, and the fact that Marcelo Allende took his No.11 jersey means he’s no longer in the coaches plans.