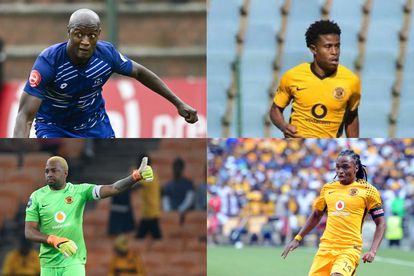 Here we wrap all the latest Kaizer Chiefs news from across the pages of TheSouthAfrican.com.

Three Kaizer Chiefs youngsters who have a bright future

Kaizer Chiefs have a famous academy that is known for producing stars.

Our James Freemantle runs through three of the current crop who could be big stars in years to come.

The wife of Itumeleng Khune is making waves on social media.

You can check out her latest snaps right now.

Simphiwe Tshabalala believes that his age is preventing clubs from coming in for him.

Despite being 38-years-old Tshabalala believes he can still cut it at PSL level.

Itumeleng Khune should still be able to bring value to the Chiefs squad.

Craig Lewis has a look at why extending his current deal would be a good idea for the Motaungs.

Who were the youngsters handed honours?

Chiefs need stars to fulfill their vision of restoring the club to pride of place in PSL football.

Against that backdrop Siseko Gwegwe picks out six great signings Amakhosi could make.

Should Chiefs swoop for Judas Moseamedi

Some sections of Kaizer Chiefs supporters are clamouring for the club to sign Mercurial striker Judas Moseamedi.

Moseamedi will be available on a free after Stellenbosch FC terminated his contract by mutual consent earlier this month.