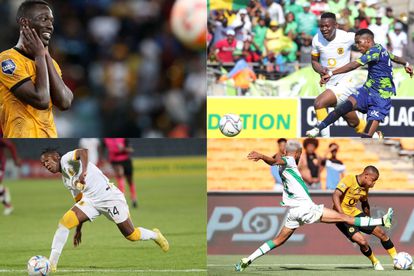 Kaizer Chiefs are out for a Soweto Derby boost to get their season back on track.

Here we wrap all the latest news, views and analyses surrounding the Glamour Boys.

Head Coach Arthur Zwane has revealed that his players have different ways of staying calm before a big match.

Zwane says that as a player her would listen to gospel music.

Form means nothing in the Soweto Derby

Zwane believes that form won’t count for much in the Soweto Derby this weekend.

Both sides could use the points, though after mixed results in recent weeks.

Zwane has also issued an injury update for his squad.

The coach spoke to the press ahead of this weekend’s action.

Will the Soweto Derby draw a blank

The upcoming edition of Orlando Pirates vs Kaizer Chiefs has all the makings of a goalless draw ahead of the DStv Premiership contest.

Both of the Soweto Giants have struggled in front of goal this season, and the occasion could get to a few.

The readers of TheSouthAfrican.com believe that Orlando Pirates will win the Soweto Derby.

Where is the faith of the Khosi Nation?

There have been some incredible players to don the Black and gold.

How have the last six Soweto Derbys gone done, though?

Three things Kaizer Chiefs must do to come out on top

Kaizer Chiefs face a tough task in the Derby this weekend.

TheSouthAfrican.com’s Siseko Gwegwe has picked out three things they must do to ensure victory over Orlando Pirates.