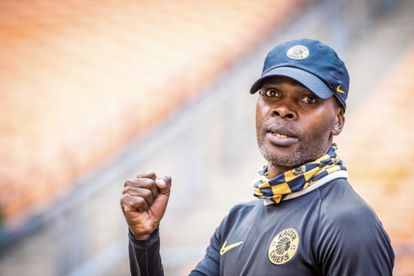 Kaizer Chiefs have their fans excited at the prospect of another season and the hope that they will end their long trophy drought.

Here we wrap up all the news coming out of the Village.

The latest updates on the transfer front

Kaizer Chiefs have enjoyed a bumper transfer window after their clearout in June.

It’s vital for Chiefs to sign one of South Africa’s top strikers according to a former Glamour Boy.

Fees Moloi believes the Amakhosi have to go out of their way to sign the Bafana Bafana star.

Pule Mmodi on the back burner

Look away if you are a Kaizer Chiefs fan excited about Pule Mmodi coming to Naturena.

Reports say Amakhosi are not so serious about the deal anymore.

Kaizer Chiefs have been linked with a left-footed central defender from Stellies.

The young player is considered a potential future international.

“Kaizer Chiefs did well in the market last season and I think they have done even better in this period.” Booth told the Citizen.

“I can see that the gap is not going to be that extensive. Financially, Mamelodi Sundowns have got a massive advantage on the rest of the 15 teams.

“I think they’ll continue to dominate if they keep the core of the team and make very clever additions in areas that are needed.

“I still see Sundowns being dominant because Kaizer Chiefs have got a long way to re-establish the competitiveness in the league.

“I’m just disappointed that the rest of the pack are not finding innovative ways to try and compete with Sundowns because they can.

“They can compete with them if they get their scouting and their youth development systems in order. Over the last couple of seasons the gap has just been too big.”