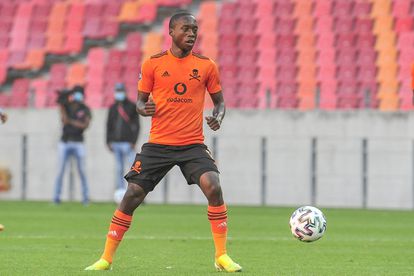 The PSL transfer window is open and clubs can now register players for the upcoming season with Kaizer Chiefs and Orlando Pirates leading the business done.

Kaizer Chiefs have installed a revolving door at Naturena with all their comings and goings.

One could be forgiven for losing track of the changes.

Kaizer Chiefs have been linked with dozens of players since the end of last season.

Some of those links have come to fruition, others have been debunked.

The club are all set to up sticks, and relocate.

An Orlando Pirates midfielder once considered a star player is set to stay at Mayfair for the new season after rejecting a loan move to Richards Bay FC.

The South African’s Ernest Makhaya has the exclusive report.

Cape Town Spurs are serious about gaining promotion to the DStv Premiership next season after adding another experienced campaigner to their ranks.

On Sunday, Spurs confirmed the acquisition of a former Orlando Pirates, SuperSport United and AmaZulu midfielder.

However, Bakgakga chairman Khurishi Mphahlele insists he is still a Baroka player.

“We still have Makume. He is our player and part of our plans, there’s nothing happening for now, He is still contracted to us,” Mphahlele told Soccer Laduma.

“We won’t stand in his way, with a good price we will accept offers and release him.”