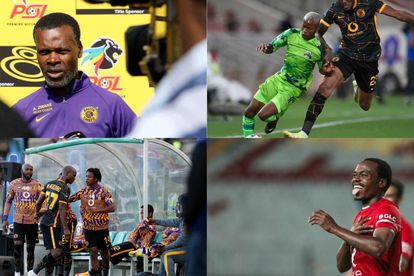 The latest PSL transfer rumours paint the picture of Kaizer Chiefs fighting it out with Orlando Pirates in the January window in a race snap up prospects.

How Kaizer Chiefs are adapting

The Glamour Boys are looking to beef their squad up after a sluggish start to the season but it won’t be as simple as it usually is at Naturena!

Striker gets seal of approval from struggle hero

UDM Leader Bantu Holomisa is getting involved in the search for a new Chiefs striker.

The leader gave the Khosi Nation a peak behind the curtain after an international flight.

Amazulu want a Bafana Bafana defender but he remains under contract to a huge club.

Will they get their man?

It seems a matter of time before Orlando Pirates announce a new striker.

The veteran was spotted celebrating the MTN8 title at Moses Mabhida by eagle-eyed sleuths.

The 32-year-old wing-cum-striker has been unemployed since leaving Sekhukhune United over a year ago.