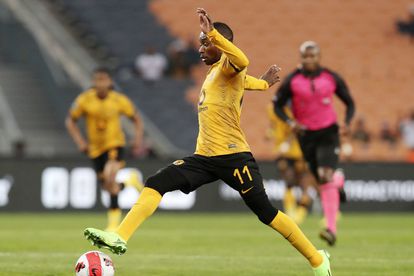 Khama Billiat of Kaizer Chiefs during the DStv Premiership 2022/23 match between Kaizer Chiefs and AmaZulu at the FNB Stadium, Johannesburg on 3 September 2022 Photo: Muzi Ntombela/BackpagePix

Khama Billiat of Kaizer Chiefs during the DStv Premiership 2022/23 match between Kaizer Chiefs and AmaZulu at the FNB Stadium, Johannesburg on 3 September 2022 Photo: Muzi Ntombela/BackpagePix

Kaizer Chiefs striker Khama Billiat has shown only glimpses of the quality that made him the PSL’s most valuable player while at Mamelodi Sundowns.

Former Kaizer Chiefs man and Billiat’s compatriot Robson Muchichwa believes that this is because of a lack of quality surrounding him at Kaizer Chiefs.

Muchichwa feels that Sundowns are set up to make their strikers look much better than they actually are.

Why Khama Billiat is struggling since leaving Sundowns

He insists that this is the case with Peter Shalulile, who has racked up the goals in the last two seasons.

“Khama hasn’t been the Khama we know since he joined Chiefs. From how I see it, I think it has to do with the quality of players around him… they are not helping his type of play,” he told Soccer Laduma.

“Without good supply, it’s difficult for him. Just take Peter Shalulile – he’s not the most skilful striker, but he’s got quality around him who feeds him the right balls. They make his job easy so he can just put the ball in the net. If you can take Shalulile now and put him at Chiefs, you’ll ask yourself if he’s the same player scoring week in and week out at Sundowns.

“That’s why Billiat was shining at Sundowns, and he hasn’t played real football since he joined Chiefs. He needs quality to shelve the pressure off him.”

Khama Billiat’s market value soared while he was at Sundowns but it has been in steady decline as he continues to struggle in a struggling team.

Kaizer Chiefs haven’t always used Billiat as well as they might, for a time deploying him as a number nine which most in the know will tell you is not the best position for the creative forward.

He might be set for a return from injury soon but time could be running out.