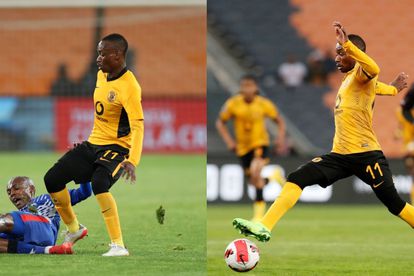 Khama Billiat is one of the best-paid players in the PSL right now with a staggering salary paid to him by Kaizer Chiefs.

Billiat is yet to net in the PSL this term, and Feutmba believes he should be reminded that he is paid to score goals.

Feutmba suggested that Billiat doesn’t have a sense of urgency on the pitch.

“In life, not only in football you must put yourself under positive pressure,” Feutmba told SNL24.

“It is normal that in football when you don’t perform you need to be worried because no team will renew your contract.”

Feutmba believes that time is running out for Khama Billiat to prove that he can get back to his best.

Kaizer Chiefs undoubtedly cannot persist in giving opportunities to a player who does not deliver.

“No team will keep a player who doesn’t give them what they want out of him.

“I hope that he will come back from the injury and fight to continue playing football.

He also said: “A player like Khama needs to contribute for the team to get results.

“Khama must also be worried now because Chiefs are paying him to be playing regularly and scoring goals.

“His injury is not helping his situation. I hope he comes back to fight for his future because he is no longer a youngster.

“He must focus on getting back his form and I believe he can do that.”