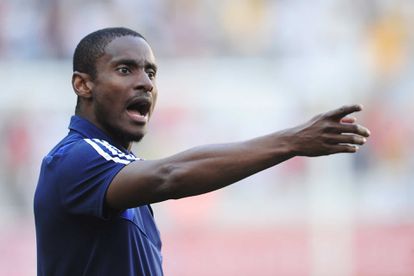 After the latest round of Premier Soccer League (PSL) fixtures, including two midweek catch-up games, the major talking points from this round’s action and five things we learnt from the matches, are as follows:

Amakhosi have lost three of their last nine PSL matches and have scored just 12 goals during that run. Sundowns have taken two more points in that period despite playing two fewer matches and it is now really “squeaky bum time” (as Sir Alex Ferguson used to famously say) for Chiefs in the title race.

Against AmaZulu, they were predictable, laboured and surprisingly open defensively and could have conceded more goals on the counter attack. It was a concerning display and puts big pressure on the side to beat Bidvest Wits next week.

It may be time to freshen up the side or change the formation to surprise upcoming opponents.

For much of this season, Maritzburg United have been superb defensively despite missing Siyanda Xulu for an extended period or using him in midfield.

Rushine de Reuck and Nazeer Allie have formed a brilliant partnership and even with the latter missing for the last two games, Eric Tinkler’s men have kept clean sheets with Kiwi defender Dan Morgan in the heart of defence. When Xulu leaves the club on a free transfer at the end of his contract in June, he may be missed a lot less than was first feared.

Last weekend, Maritzburg won 1-0 late on to beat Polokwane City as their usual plan to aim for a clean sheet first and foremost bore fruit as one goal was enough to take all three points.

Black Leopards have taken four points from their last 11 league games and two of their recent defeats were especially damaging as they came against direct relegation rivals in Polokwane City and Baroka FC.

They lost again in midweek to Bidvest Wits and now need a strong run of results to have any chance of avoiding the drop. The goals have dried up somewhat for Mwape Musonda and the balance of the side didn’t look right against Wits, with Lesedi Kapinga only on the bench and Mogakolodi Ngele missing altogether.

Rhulani Mokwena’s first game in charge of the Chilli Boys yielded a very welcome point on the road away at Bidvest Wits. The 32-year-old coach recalled the excellent Frederic Nsabiyumva at centre back and was rewarded with a clean sheet.

With numerous former and on-loan Pirates players at the club, Mokwena should know his playing squad pretty well already, and two home games await on the horizon. Those represent an opportunity for three points but also bring early pressure as chairman, Chippa Mpengesi hates seeing his team lose at home – regardless of the opposition – and has fired coaches in the past after a home defeat. Mokwena will need to hit the ground running result-wise, but at least he has two weeks ahead to work with his side on the training ground.

Some changes to the side for Cape Town City – some enforced and some for tactical reasons – saw Jan Olde Riekerink’s pick up a crucial win and three points on Sunday. That victory takes his team to 27 points and potentially one win from guaranteeing the club’s PSL status after a poor campaign.

With Kermit Erasmus, Thato Mokeke and Thami Mkhize all injured and Ioannis Potouridis suspended, the Dutch coach still decided to drop under-performing Roland Putsche and Mpho Makola and the selection paid off.

Fresh blood like Shane Roberts and Mduduzi Mdantsane gave energy to the side and a top performance from Bradley Ralani – with a goal and a hand in the other strike – secured the win.

Siyanda Xulu set to be unveiled by new club – report