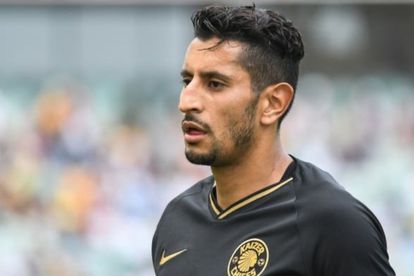 Former Kaizer Chiefs striker Leonardo Castro sees “kasi” football as “nonsense” as it can’t help you on the global stage.

Castro arrived in South Africa from Colombia back in 2015 when he joined Mamelodi Sundowns before he left them for Amakhosi in 2018.

His seven-year stay in South Africa was enough for the goal poacher to make judgements about Mzansi football.

Castro believes SA players have talent, but they don’t want to better themselves.

“This country has quality but they are to much into the comfort zone,” Castro told Kickoff.

“They don’t visualize themselves playing in Europe considering the talent they have.

“I know people here enjoy kasi football but with due respect to all those people, that kind of football is nonsense.

“It adds nothing to the progress of the game. The only people who should try such tricks on the ball are Brazilians, but they do so purposefully and changing the game instead of losing possession.

“Here, some players do it for fun and for the crowd. This is the other matter with mentality because I don’t understand how you don’t realise that playing one or two touches makes the player quicker, which is what modern football requires.

“The quality of football in South Africa cannot be doubted but they need to show the hunger of wanting to get into Europe by changing the mentality.”

Castro is still a free agent after parting ways with Kaizer Chiefs after his contract ended in June.

He further revealed that the offers he had in the DStv Premiership didn’t meet his expectations, hence he decided to go back home.