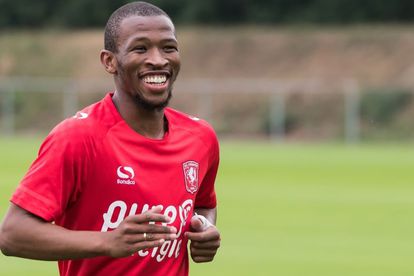 Kamohelo Mokotjo has been heavily linked with a return to his former club SuperSport United for the past few weeks.

The defensive midfielder’s talent was nurtured at Matsatsantsa from 2002 before he was promoted to the senior team in 2008. He then spent one year with Gavin Hunt’s side before joining Feyenoord.

The well-traveled footballer was said to be coming back to bolster the Pretoria-based club. However, as per iDiski Times, he opted to stay abroad.

“However, iDiski Times understood that Mokotjo would not be moving to SuperSport and preferred to try and continue his career in Europe at this stage of his career,” iDiski Times reported.

Last season, Mokotjo was plying his trade at MLS side FC Cincinnati.

Mokotjo has reportedly been training with FC Twente, but is said to be nursing a knee injury at the moment.

And this has become a setback as he’s now unlikely to join the Eredivisie side.

“He has problems with his knee again, while he was doing so well,” Twente coach Ron Jans said as per iDiski Times.

“Actually, that’s the saddest part of the preparation.”

Will SuperSport United be an option for Mokotjo down the line?

Miguel slapped with divorce papers, did he cheat?