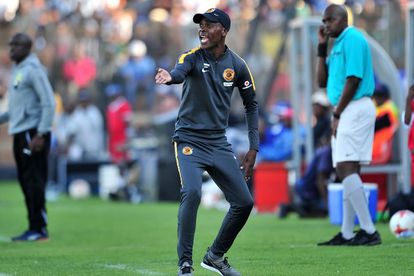 Kaizer Chiefs starlet Mduduzi Shabalala made a massive statement ahead of the DStv Compact Cup after bagging a hatrick over the weekend in the Diski Challenge (DDC).

Albeit in a losing cause, a sharp hatrick by the Amakhosi youngster in their 5-4 loss against Royal AM on Saturday in the DDC will undoubtedly boost his chances ahead of the DStv Compact Cup.

The Kaizer Chiefs reserve team star was selected by fans to represent Dylan Kerr’s Warriors FC in the DStv Compact Cup, which gets underway between 22 January and 29 January.

Shabalala has risen to prominence in the reserve side and was most recently named on the bench for the first team in a DStv Premiership clash against Sekhukhune United last December.

“To be quite honest, it’s just that we had already made five substitutions at the time, when we scored the second goal.” Kaizer Chiefs assistant coach Arthur Zwane said after Shabalala remained on the bench in his maiden first team call up late last year.

“Had we scored the second goal before hand, then we would had the opportunity to bring on another player and definitely we would have gone for Mduduzi.

“We had that in mind, that Kaizer Chiefs want to take the game to them, and Mduduzi could have given us that something extra offensively, in one versus one situation. We really wanted to give him an opportunity, but we also did not want to throw him into the deep end.”

With voting closing on 12 January 2022, Mduduzi Shabalala’s hatrick over the weekend for Kaizer Chiefs’ reserve side will undoubtedly earn him a number of extra votes!

Worst possible result for Boks as All Blacks thrash Australia

Prince Harry feared he would be ‘irrelevant’ once nephew turned 18