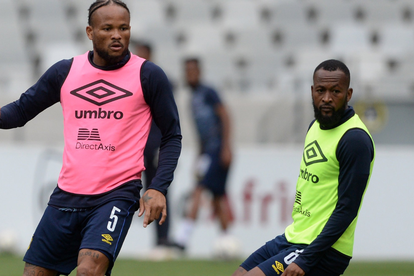 Kaizer Chiefs’ hunt for a left-footed central defender may be finally over. Reports suggest that the former Cape Town City FC star Edmilson Dove is the man Arthur Zwane has been looking for.

As The South African website previously reported, the 28-year-old Mozambique was invited to train with Amakhosi after leading his nation in the recent COSAFA Cup tournament in June.

Based on his proven quality in the PSL, and apparent impression at Naturena, Zwane probably can’t ask for a better left-footed number five.

According to the latest report, the Glamour Boys are set to table a two-year deal for the UD Songo defender who was seemingly spotted going for his medical test in Midrand last week.

“The Siya crew has been led to believe that Kaizer Chiefs are lining up a two-year deal for Mozambique international Edmilson Dove,” Soccer Laduma reported in their latest edition.

The report added to reveal that the player is set to join as a free agent after his spell with Songo in Mozambique last season.

Will the Glamour Boys announce the deal this week? We shall find out in the coming days.

In the meantime, Zwane is preparing his team for the trip to Mamelodi Sundowns at Loftus on Saturday at 15:00.

‘From A God To A King’: Kelly Khumalo set to kick off music tour