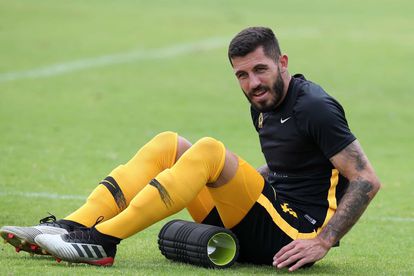 Kaizer Chiefs veteran defender Daniel Cardoso in the latest player to be linked with an exit from the club ahead of the upcoming season.

According to iDiski Times, Cardoso is one of many long-serving players Chiefs are looking to offload in order to make way for new signings.

Cardoso has had a love-hate relationship with a section of Amakhosi fans over the past two seasons, especially those who feel he should be released.

The Chiefs management and technical team, however, have so far kept faith in the former Bafana Bafana defender.

DANIEL CARDOSO IS A STALWART FOR KAIZER CHIEFS

Cardoso joined Chiefs from Free State Stars in June 2015, and there were high expectations for him to help the club reach its goals.

Nonetheless, while Cardoso has been a stalwart for Chiefs over the last seven years, he hasn’t been able to taste success in terms of trophies.

Cardoso has featured 24 times in all competitions for Chiefs this season, and he’s found the back of the net once which came against Baroka in August 2021.

Overall, Cardoso has made 202 appearances for the Glamour Boys since his arrival in 2015 and found the back of the net on 13 occasions.