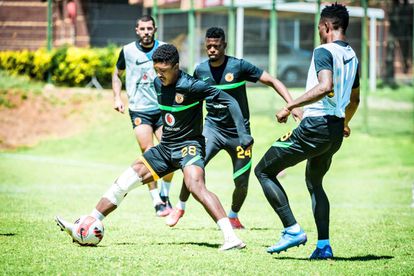 Kaizer Chiefs have had a number of their players struggle for game time in the first half of the season for various reason.

And these players may consider their futures at Amakhosi in an attempt to get back onto the pitch in this January transfer window.

This might not be the right time for Chiefs to let go of their players, especially after being hit by Covid-19 in December but the futures of these players should always be prioritised.

WHO ARE THE CHIEFS PLAYERS THAT NEED GAME TIME?

Zuma hasn’t featured for Chiefs this season, and that’s because he was injured before being suspended by the club.

READ | ITUMELENG KHUNE GIVE A CHANCE TO REVIVE HIS FOOTBALL CAREER

The midfielder was arrested and charged for driving under the influence of alcohol towards the end of 2021.

And chances of him being released by Chiefs are huge as reported by The South African in November 2021.

While Zuma is one of the fan-favourites at Chiefs, his off-field issues have dented his chances of ever playing for the Soweto giants.

Bvuma is further down in the pecking order at Chiefs as Stuart Baxter prefers Daniel Akpeyi as his No.1 and Brandon Petersen as his second choice.

READ | KAIZER CHIEFS: WHAT DO AMAKHOSI NEED IN THIS TRANSFER WINDOW?

That alone means Bvuma’s chances of playing at Chiefs are minimal, especially with Itumeleng Khune also waiting on the wings.

With Bvuma being one of the few young South African goalkeepers, moving elsewhere would make so much sense if he wants to keep his place at Bafana Bafana.

Kambole is in his third season with Chiefs but he hasn’t really hit the ground since his arrival as he’s just netted twice.

Chiefs may decide to keep him until the expiry of his contract in June but the player himself surely needs a new environment.

Kambole is also a full Zambia international and he may be keen on returning to his national team setup but that can only happen if he’s getting game time.