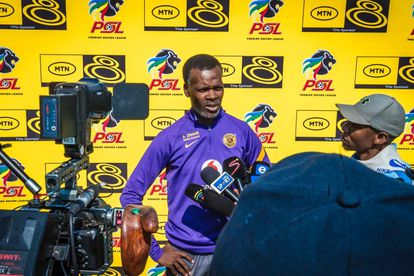 As previously reported by The South African, Junior Mendieta and Sibongiseni Mthethwa have been identified as priority signing targets for Chiefs while they are desperate to sign a striker.

Stellenbosch duo Mendieta and Mthethwa have been identified as two of Amakhosi’s main targets for January.

The third is a striker with Boris Bajner and Boris Kopitovic currently being profiled by Zwane and Amakhosi management, according to SoccerLaduma.

AMAKHOSI HAVE HAVE ANOTHER TARGET

Therefore, Amakhosi have identified the midfield and striker department as a key area to reinforce.

However, they are not stopping there – Luke Fleurs is another player that Chiefs are interested in. Gavin Hunt’s SuperSport United defender is linked with a move to Naturena, but their are a couple of challenges in the way so it is no clear cut with this transfer. Therefore, he is not a main target.

Amakhosi’s main focus is on a new striker and Mendieta and Mthethwa in the midfield.

Mthethwa is a new Bafana Bafana international while Mendieta is an R8 MILLION Argentinian maestro linked to Amakhosi.

Furthermore, he is in fine form in the DStv Premiership.

The latter has 3 goals and 3 assists in 12 starts in the PSL while Mthethwa is tipped to achieve great things for Bafana Bafana.

Therefore, Chiefs are taking this up-and-coming January transfer window very serious with Zwane having learnt from passed mistakes and rushed signing. Every target is being profiled and analyzed in detail this time around as Chiefs look to return to their glory days and to finally compete at Mamelodi Sundowns level again.

Amakhosi management know what they need – now they just have to out pen to paper.