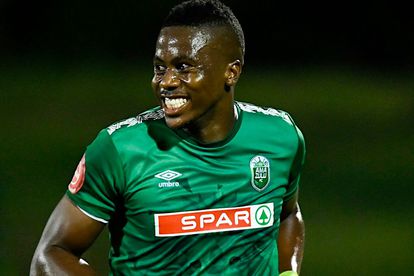 Kaizer Chiefs have revealed their latest transfer target – a R5 MILLION talented winger and attacking midfielder who plays for one of their major PSL Rivals.

Arthur Zwane has identified the need for back-up to winger Kgaogelo Sekgota while also placing an emphasis an recruiting a midfielder or too. Therefore, this man is the perfect fit for Zwane and Amakhosi’s needs since he is good in the midfielder as he is down the left or right wing channels.

Chiefs latest target is Maduna, an attacking midfielder and winger. He was played consistently under Benni McCarthy during his time as Usuthu coach.

However, he has been in and out the side under Romain Folz. Therefore, opening the door for Amakhosi.

Amakhosi management have been keeping a close eye on his contract situation and noted that the player can be signed on a pre-contract this January.

Furthermore, Chiefs are no strangers to AmaZulu Boss Sandile Zungu when it comes to signing his players on a pre-contract. Recent recruit, Siyethemba Sithebe was signed in the same way last season.

Now, their attention turns to Maduna who’s contract is coming to an end.

However, it only officially expires in June 2023. Meaning, Amakhosi can make a bid to sign him on a pre-contract on January or they will have to dig deep into their pockets to buy him out of the rest of his contract.

The talented midfielder is already valued at roughly R5 MILLION, based on the latest player values on Transfermarkt.

Therefore, Chiefs would have to pay even more than this if they are to sign him in January. It seems most likely that they will attempt to sign him on a pre-contract that would see him join Amakhosi in June next year.