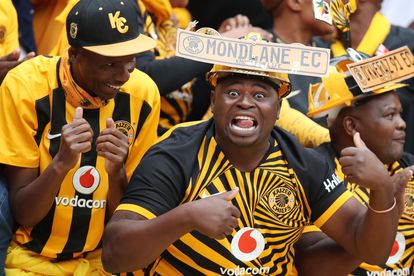 The former Amakhosi striker is currently the head coach of WhaWha United in his home country Zimbabwe.

His side earned 24 points from 33 matches, leaving them automatically relegated with one game to go in the Zimbabwean PSL.

The Zimbabwean Prison and Correctional Services team will now be plying their trade in the Zimbabwean First Division next season.

Many will remember Petros from his days at Kaizer Chiefs. The striker joined the Amakhosi in 2000, scoring just five goals as a Glamour Boy.

His stay at Naturena came to a close in 2002 when Dynamos signed him from the Glamour Boys.

When are Kaizer Chiefs next in action?

ALSO READ | How much money did Orlando Pirates earn from MTN8 triumph?

The DStv Premiership goes on a two-month long Fifa World Cup break but when will Kaizer Chiefs be in action again?

The Amakhosi closed the first half of the season out on a high note after defeating arch rivals Orlando Pirates last weekend.

Kaizer Chiefs were selected, by fans, to participate in the upcoming Carling Black Label Cup which takes place on 12 November 2022.

Chiefs face rivals Orlando Pirates in their semi-final while Mamelodi Sundowns face AmaZulu in the other semi at the FNB Stadium.

There’s also either a potential final or third place playoff looming for all four teams.