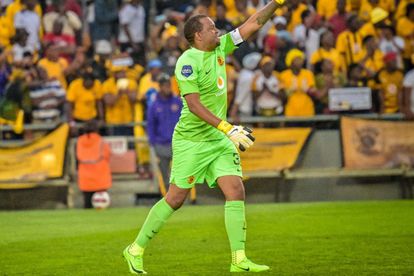 Orlando Pirates welcome Kaizer Chiefs to the FNB Stadium for a DStv Premiership clash this afternoon.

South Africa will come to a standstill today when the Glamour Boys and Buccaneers clash in the iconic Soweto Derby.

Orlando Pirates are fresh off a remarkable MTN8 semi-final win over Mamelodi Sundowns.

The Bucs hammered the defending champions 3-0 in their semi-final however Chiefs were dumped out at the same stage by AmaZulu.

Kick-off is at 15:30 at the FNB Stadium. The match will be televised live on SuperSport PSL and SABC1. You can also follow the live action below.

Arthur Zwane confirmed earlier this week that both Itumeleng Khune and Caleb Bimenyimana are doubtful for today’s clash.

The good news is that the injured duo were to undergo late fitness tests.

Should Bimenyimana be ruled out, Zwane will have to make a tough call on whether the misfiring Khama Billiat will start or whether Ashley Du Preez will slot up top.

In terms of goalkeeping, Brandon Petersen is expected to start should Khune miss out for Kaizer Chiefs.

Zwane also might be tempted to start Dillon Solomons in place of Reeve Frosler given the raw pace Orlando Pirates have in attack.

How to LIVE STREAM?

According to the Ghanaian goalkeeper, more is to follow and Kaizer Chiefs will face an even better Bucs side this weekend!

“They must not think it was a fluke because we have been working hard throughout the season.” – the Orlando Pirates goalkeeper said as quoted by Citizen.

“If you watch our games, we create more chances than our opponents, we play more than opponents and we fight harder.

“So, this is just the beginning. Orlando Pirates need to focus. We didn’t celebrate after the game against Sundowns.

“We just shouted in the changing room and everything ended there because where we want to get to. The Sundowns game is nothing.”

ALSO READ | Orlando Pirates set to be FINED by PSL, here’s why!