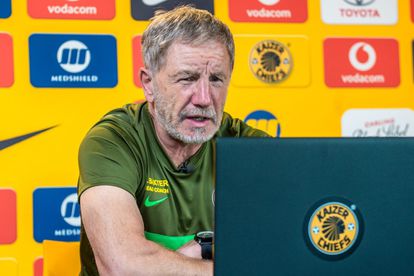 Ethiopia’s Abubeker Nassir found his name on the goal scorer’s sheet once again this weekend as his move to Kaizer Chiefs gains momentum. Photo: Twitter @KaizerChiefs

Ethiopia’s Abubeker Nassir found his name on the goal scorer’s sheet once again this weekend as his move to Kaizer Chiefs gains momentum. Photo: Twitter @KaizerChiefs

Tonight’s match could be vital in the race for both the league title and relegation. Should Kaizer Chiefs come out victorious, they’ll move into second position, 10 points behind Mamelodi Sundowns with a game in hand.

TS Galaxy on the other hand will move out of the relegation zone should they pick up a full three points at the FNB Stadium with six matches to go!

“I think this game falls into two categories. One, it’s a really tough game mentally for the players because it’s one of those games where we know that if we don’t win we’re not playing for anything.” the Kaizer Chiefs head coach said following his side’s win over Chippa United.

“Now we can go to the rest of the season for a hunting, so it was an important one (against Chippa United). These three points mean we can keep kicking on a little bit more optimistic and it puts pressure on everybody else to take their points.

“I hope today’s game confirms for the players that when Kaizer Chiefs play our way through, when you play calmly in possession

“Kaizer Chiefs have good movements, certain patterns and set plays within play, I think they know we can hurt anybody and we can play well against anybody,”

“At the same time, if we do not do that, we know we can shoot ourselves in the foot. We’ve got proof of that now and I don’t know how much more proof we need to stay focused. From here, that’s going to be the message.”

This website will be providing you with live coverage 30 minutes ahead of kickoff between Kaizer Chiefs and TS Galaxy.