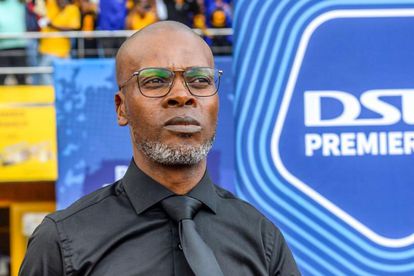 Star Kaizer Chiefs defender Zitha Kwinika has urged his teammates to ‘man-up’ ahead of their crucial clash this weekend.

The Glamour Boys welcome former coach Gavin Hunt and his dangerous SuperSport United side to the FNB Stadium on Saturday night.

Arthur Zwane’s side will be desperate to get a full three points come Saturday.

Kaizer Chiefs have endured a torrid start to the 2022/23 DStv Premiership campaign.

Zwane’s side sit in 14th position heading into this weekend and an unfavorable result could leave them in the relegation zone!

“SuperSport is a very good team with the players they have. But I think it’s for us also now to knuckle down, soldier on, man up and get the result,” Kwinika told Kaizer Chiefs’ website.

“We need to start getting results. Black or blue, we just have to grind out results.

“Obviously, we are playing at home and it is something we spoke about as a team. Any team that comes to FNB must not come out on top so we are going to take it to them.

“Football is about how you prepare. We are preparing well. We know what they do and how they play so we are working on things.”

In other news, a Kaizer Chiefs legend is ready to return to the PSL coaching scene according to reports!

Donald Ace Khuse, who acted as both an assistant coach as well as interim head coach at the Glamour Boys in the past, is looking for a head coach position!

Khuse has been actively involved in the Amakhosi youth structures during recent years but now seeks a head coach role in the PSL!

Khuse has already started looking at potential recruiters in the top flight.

The former Kaizer Chiefs Maestro sent his CV to Marumo Gallants and Sekhukhune United according to reports!

“He has asked his managers to actively start looking for jobs for him.” a Citizen report read regarding Donald Khuse.

“He wants to coach in the top flight preferably but would not mind starting in the first division. He feels he is now fully equipped to coach at senior level.”

Take a look at Kaizer Chiefs next FIVE official opponents below.

Pitso’s message to Tau on injuries: Pray a lot!