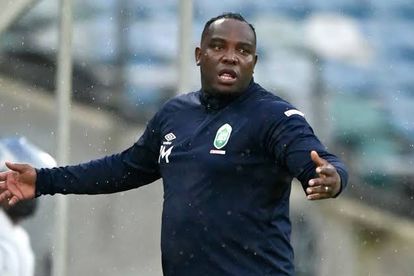 Fresh after being sacked by AmaZulu, Benni McCarthy has found his name linked with the likes of Kaizer Chiefs and Orlando Pirates.

McCarthy was fired by AmaZulu on Friday, with his name reportedly in the hat to become the next Chiefs or Pirates coach.

Having had a terrific season with AmaZulu last season, McCarthy had failed to reach the same heights with the team this season.

McCarthy joined an AmaZulu side that was starring at the possibility of relegation when he arrived in Durban in 2020. He was quickly able to get the buy in of the players in the squad, and the unity he seemed to breed within the camp, worked in his favour as the team started picking up very impressive results.

That same dressing room he had seemed to unite, however, he seemed to divide as there have been multiple reports that he had become a less popular figure within the club’s dressing room. As recently as yesterday, there were reports that AmaZulu chairman Sandile Zungu had warned McCarthy to start taking accountability for the results and the situation at the club.

It would then only be a matter of time before Zungu made the official announcement through a video posted on AmaZulu’s official Twitter page, confirming the sacking of McCarthy. Before even the video release however, the former Cape Town City coach had found himself linked to the job of both Soweto giants Chiefs and Pirates.

Now according to Soccer-Laduma there has already been movement between at least Chiefs and McCarthy.

“The sources explained that both camps have sounded each other out, however, according to the information made available to the Siya crew, Chiefs have not formally approached the highly-rated coach. It now remains to be seen if they do.” The publication wrote.

Chiefs currently have Stuart Baxter contracted to them, and it is not clear if McCarthy’s sudden availability will spark a change in their plans.