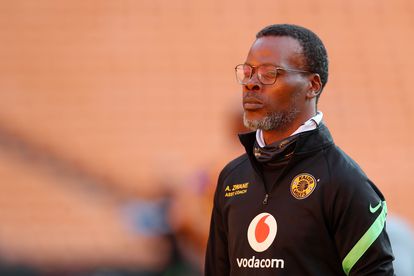 The AmaZulu midfielder has been linked with a sensational move to the Glamour Boys for a number of weeks and the Usuthu president has confirmed that Amakhosi have landed his star man.

The deal however has left a bitter taste in the AmaZulu boss’ mouth, and Usuthu look set to make sure Sithebe only joins the Glamour Boys at the end of the season, when his current contract is over!

“Yes, Sithebe is going to Kaizer Chiefs if they have concluded everything with him or at the very least at the end of the season. If they want to take him now, we inform them that this is what we want. And we still reserve our rights to take legal actions to the highest court.” AmaZulu president Sandile Zungu said as quoted by SunSport.

“He won’t wear the Usuthu jersey again in the second half of the season. That’s shows we are not very happy about the way he’s leaving the club. This one exploded and it smells bad, and the reason for that is because of his agent and the club (Kaizer Chiefs) that wanted him.”

No future for Sithebe at Usuthu

“We are about to embark on a special journey as AmaZulu when we compete in the CAF champions league, therefore we would like everyone that gets to represent us in that competition ,in the league as well, to be someone who is looking forward to representing the club with distinction.” Zungu said regarding the Kaizer Chiefs bound Sithebe.

Siyethemba Sithebe has eight goals and nine assists in 132 appearances at AmaZulu. The midfielder is valued at R12.5 million however Kaizer Chiefs can have him for FREE if they wait until June.

READ NOW: AMAKHOSI’S TRANSFER PLANS ARE UP IN SMOKE AFTER SIPHO MBULE’S AGENT DROPPED A BOMBSHELL. READ ALL ABOUT IT HERE.