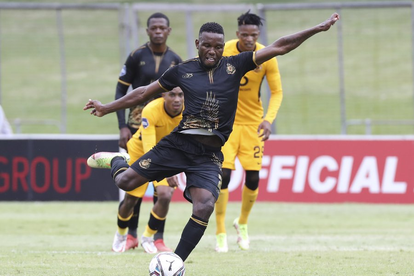 Royal AM have completed a historic quadruple over Kaizer Chiefs after their reserve side once again got the better of the Glamour Boys!

Shauwn MaMkhize Mkhize’s Royal AM team have been giving the Amakhosi a hard time of late and it continued this weekend!

The Spice People’s reserve team faced off with Kaizer Chiefs on Saturday in the final meeting of this season between the two clubs.

Royal AM maintained their perfect record against the Glamour Boys thanks to a solitary Nkosinathi Phewa goal to break the heart of Vela Khumalo and his team.

Heading into yesterday’s clash, Royal AM had already won three out of the three meetings between the two clubs this season.

When ‘MaMkhize’ purchased Bloemfontein Celtic’s top flight status at the beginning of the season, not many could’ve predicted that her side would dominate Kaizer Chiefs in the manner they did.

Royal AM remarkably earned a league double over the Glamour Boys in the DStv Premiership this season courtesy of a 4-1 thrashing in August last year.

A successful league double was completed in December when Victor Letsoalo’s solitary strike broke Kaizer Chiefs’ hearts once again.Royal AM’s dominance over the Amakhosi continued after their reserve side earned a dramatic 5-4 victory in their opening fixture of 2022.

Fast forward to this weekend’s action and the Spice People’s reserve side made it an incredible four wins out of four against the mighty Amakhosi!

Kaizer Chiefs will undoubtedly be glad they don’t have to face Royal AM again this season!

The two teams will however be competing with each other until the end of the season for a spot in the coveted CAF Champions League!