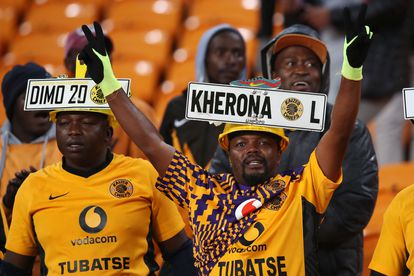 Pressure mounted on Kaizer Chiefs coach Stuart Baxter after another DStv Premiership defeat, this time at the hands of SuperSport United on Saturday.

Matsatsantsa won 1-0 at the FNB Stadium as the calls for Baxter to be sacked will no doubt grow louder.

SuperSport United scored the only goal of the match through Thamsanqa Gabuza in the 68th minute.

The loss left Amakhosi in fourth place in the standings with 39 points after 23 matches.

The Glamour Boys’ faint hopes of league title success this season were all but eliminated in what was the sixth defeat of their campaign.

Worryingly, the Soweto giants have only scored 27 goals in their matches to date as their woes in front of goal continued.

Meanwhile, SuperSport United stayed eighth in the log with 34 points after 25 matches.

Kaizer Chiefs will next be in action away against Stellenbosch FC on Saturday, 23 April at 17:00 while SuperSport United’s next assignment is on the road against Marumo Gallants at 19:30 the same day.