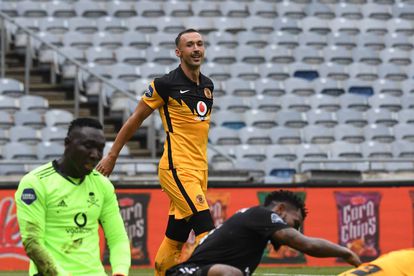 Orlando Pirates assistant coach Fadlu Davids feels that the return of Samir Nurkovic will make a big difference to the way Kaizer Chiefs play in the Soweto Derby.

Nurkovic’s size and strength make him a perfect target-man but he can be so much more than that on his best days. As adept with the ball at his feet as he is in the air, the Kaizer Chiefs striker is a menace in the final third.

The Serbian was absent in the pair of MTN 8 fixtures that saw Kaizer Chiefs overwhelmed by Pirates but he did play in the first league meeting between the two this term, missing a penalty as his side lost 2-1.

Davids believes that the three preceding fixture are not a reflection of how Kaizer Chiefs are currently playing and expects a much stronger showing from Amakhosi.

“It’s really important to focus on the tactical plan and not the occasion. Really task is what we’ve got to focus on. Think task, think what we’ve got to do as the team, as a unit. This game is different to the previous three derbies this season because they are a different team, tactically the have adjusted, they have Nurkovic back, it’s a completely different game.

“We have to be really careful in our preparation because when it comes to Soweto derby of this magnitude form goes out the window. So, we approach the game as a once-off with three points at stake,” said Davids.

It is every players dream to score in the derby

Nurkovic is still without a goal against Orlando Pirates after his fluffed penalty last time out and hopes to put that right even if it means scoring his first derby goal without fans present.

The Serbian was upbeat about his chances of playing a role in Sunday’s Soweto derby but admitted it was all up to the coaching staff.

“It’s every player’s dream to score in the derby,” said Nurkovic.

“But it’s a big difference to play with and without the supporters. They’ve always been our 12th player on the field and we really miss them.

“I am working hard and hopefully Sunday will be my day. I am happy that I am finally back and helping the team. I am not frustrated but I have to continue working hard.”