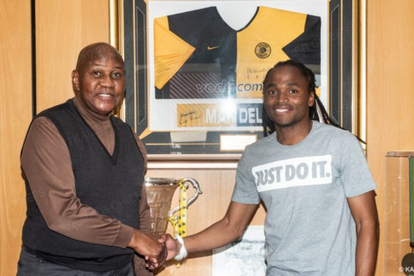 Kaizer Chiefs fans absolutely adored Tshabalala as intensely as the likes of Itumeleng Khune and Reneilwe Letsholonyane – and Shabba could now be loved even more for his financial responsibility.

KAIZER CHIEFS STAR SIPHIWE TSHABALALA ON WHY HE IS NOT BROKE

Unlike many many players before his time and his contemporaries, Shabba did not face financial ruins after leaving Kaizer Chiefs and his last club AmaZulu.

The former Free State Stars player has revealed he has always kept solid financial discipline since the day he became professional.

During a chat with Soccer Laduma’s Tshepang Mailwane in Wednesday’s newspaper, the Soweto-born player said he started saving money he was earning R200 at Alexandra United.

“The minute I turned professional, that’s when I started planning for life after football,” the Kaizer Chiefs legend said.

ALSO READ: Bafana Bafana to play another friendly in Europe against Liverpool star

“I did not wait to earn five digits to start saving. I started when I was earning R200 at Alexandra United, to save the little that I could.

“Money is important. It carries and gives you the freedom to do the things you want to do and at your own time as well.”

NO CLUB? NO PROBLEM

According to the 37-year-old Shabba, he has been essentially without a club after his failed move from Amakhosi to AmaZulu last season.

Having no club to your name often means financial disaster and desolation for most local players, but not this former Kaizer Chiefs winger.

Shabba added to say that he has been able to provide for his wife and kids even though he is not attached to any club.

“I started investing from a long time ago. I am happy with the financial decisions I have made because right now they are paying off.

“I’ve not been playing for a while now but I am able to take care of myself and my family, you know.