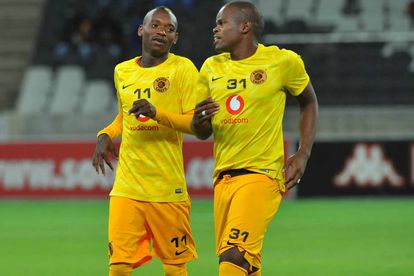 Kaizer Chiefs have had a difficult week and now one of their legends has been suspended by the PSL.

Amakhosi legend Willard Katsande has been suspended by the PSL.

According to KickOff, he will miss Sekhukhune United’s match against Baroka FC on Sunday. This, after collecting four yellow cards this season.

Katsande will serve a one-match suspension before being allowed to return to the pitch. The 35-year-old featured for Chiefs for over a decade and is a true Amakhosi legend. He has been a brick wall in the midfield for Sekhukhune this season.

He is a battle-hardened player who does not mind the odd yellow card. This is because he gives over 100% every time he runs onto the pitch – and boy does he run! He covers tremendous ground every game.

MUST READ: HOW THE PSL’S HIGHEST-PAID COMPARES WITH PITSO MOSIMANE AND PERCY TAU

However, he has only ever been sent off once – against AmaZulu in 2012.

Katsande will be illegible for his side’s DStv Premiership match against Swallows FC on the 26 February 2022.

Would you like to see Katsande finish his career at Kaizer Chiefs or Sekhukhune United?

VIDEO: KHAYELIHLE SHOZI IS BACK AND TRAINING ON HIS OWN