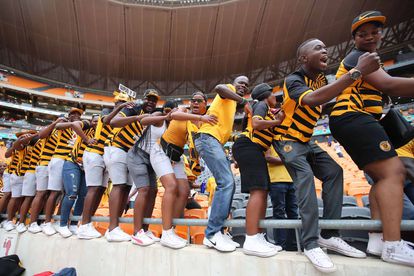 Kaizer Chiefs have appealed to their fans to practise social distancing in the wake of the COVID-19 pandemic.

The number of confirmed cases in South Africa rosed to 202, with 51 more people testing positive between Thursday and Friday.

The Glamour Boys, who went into the Premier Soccer League’s indefinite postponement on top of the league standings, issued out a statement pleading for their supporters to adhere to the advise handed out by government by restricting social gatherings to less than 100 people.

“We encourage social distancing by prohibiting gatherings of more than 100 people,” said Kaizer Chiefs in a statement published on their website.

“Prohibiting mass celebrations of upcoming national days. Furthermore, the President stated that where small gatherings are unavoidable, organisers will need to put in place stringent measures of prevention and control.

On Thursday, the PSL announced that the league would be postponed until further notice due to growing concerns over the coronavirus. This after only suspending the weeks fixtures.

The suspension of the league comes with Chiefs sitting pretty on top of the standings, with a four-point advantage on defending champions Mamelodi Sundowns, who have a game in hand.

PSL chairman, however, assured that the league would resume before the next season is due to kick off.

“Whilst our intention is to complete the season by no later than 30th June 2020, because of the existing uncertainties in our country we shall remain flexible,” said the PSL in a statement on Thursday.

“The Board of Governors has mandated the Executive Committee and the appointed Task Team to take all possible measures to ensure that the NSL’s leagues resume in compliance with the directives issued by the State President with the support and alignment of the National Government.

“This follows the meeting that was held with the Minister of Sports, Arts & Culture and further consultations held at this Board of Governors meeting with the Ministries of Health and the SA Police Service.”

Chiefs’ next fixture, according to the orginal schedule, is against Bidvest Wits.