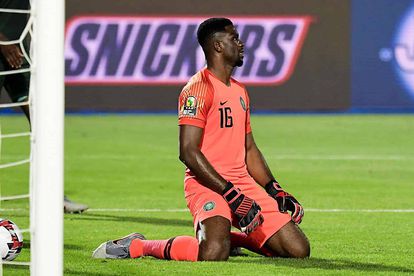 Kaizer Chiefs will NOT have any players at the 2022 FIFA World Cup in Qatar, and that’s because Nigeria failed to qualify for the finals.

Daniel Akpeyi was the only Amakhosi player who had the chance to go to Qatar with the Super Eagles of Nigeria.

However, Nigeria couldn’t get a win against Ghana in Tuesday’s match which was the return and final leg of the playoffs between the two countries.

Nigeria needed a straight win or at least a goalless draw to take the game to extra time and perhaps to penalties, but all they could afford was a 1-1 draw.

Consequently, that saw them fail to qualify as Ghana advanced on the away-goal rule, and Akpeyi’s dream of a second successive FIFA World Cup appearance was dashed.

READ | NEW TWIST IN THE KAIZER CHIEFS AND PSL SAGA!

In 2018, Akpeyi was the only PSL player at the FIFA World Cup in Russia with the Super Eagles while he was also the only Chiefs player at the 2021 Africa Cup of Nations (AFCON) in Cameroon.

But with Nigeria not going to Qatar, Chiefs, at least at this stage, will not have any of their players at the global showpiece.

Nonetheless, the only consolation for PSL is that Orlando Pirates goalkeeper Richard Ofori may be at the World Cup finals with Ghana.