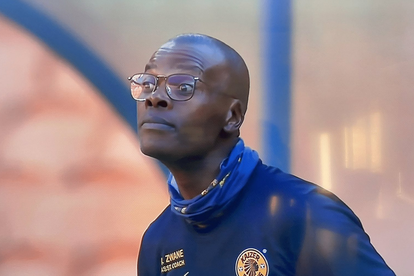 Kaizer Chiefs seem to be carrying a CRAZY curse that not a single man in Naturena has been able to survive in over 17 years! Could this scare off Benni McCarthy?

Stuart Baxter was recently axed during what was a dismal second spell with Chiefs.

He should not feel to bad though as it has become a theme at Amakhosi – coaches do not last long in Naturena!

Paul Dolezar and Ted Dumitru are the only coaches to survive there full stints, according to KickOff.

Dolezar lasted from July 1997 to June 1999, his full contract period while Dumitru did the same from June 2003 to May 2005. Baxter is essentially the eighth Amakhosi coach to start a season and get axed before it is even over.

NO SURVIVERS IN OVER 17 YEARS!

Muhsin Ertugral, Ernst Middendorp, Vladimir Vermozovic and Steve Komphela did not even survive their contracts. This does not serve as a good omen for newly re-appointed interim coach Arthur Zwane or any of the potential future coaches recently listed.

However, Zwane certainly has a record to be proud of. He then co-coached Amakhosi to a historic maiden CAF Champions League final against the might of Pitso Mosimane’s Al Ahly. They would unfortunately lose 3-0 to the Egyptian giants.

This, after barely having much time to prepare Chiefs who were performing well below their expectations. Under Gavin Hunt, they languished in 11th position – it took Zwane and Dillon Sheppards miracle work to salvage 8th spot and to make the MTN8.

Making the CAFCL final was just something else! One inspirational performance after another saw Chiefs make it into the final.

Then, Stuart Baxter took over and things went from bad to worse.

Can Zwane be the man to break this curse during his second run with Amakhosi?