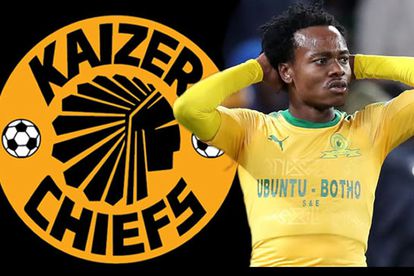 Bobby Motaung made an announcement on Percy Tau

Bobby Motaung made an announcement on Percy Tau

Transfer deadline day has arrived and Kaizer Chiefs boss Bobby Motaung has just made a HUGE announcement on Percy Tau!

We are finally here, transfer deadline day is now upon us.

Just moments before it closes, Motaung made a huge announcement on Tau. Is this the moment every Amakhosi fan has been waiting for?

Unfortunately, Motaung has poured cold water on the rumours linking Tau to Chiefs.

Ending hope of seeing the Bafana Bafana forward at Naturena this season.

Motaung is well aware of the wishes of the Amakhosi fans. He knows that they want Tau and Kermit Erasmus too.

“They want Erasmus, they wanted somebody from Egypt [Percy Tau], they want this one – it’s normal because they’re wishing well for the club,” Motaung stated on Goal.

However, he has poured cold water on the fan’s dreams to see Tau play for Chiefs this season. It is not just Arthur Zwane, Dillon Sheppard and the Motaungs (Kaizer and Bobby) that determine who the club signs.

“But unfortunately sometimes for the club, there is technical staff, there are people analyzing things and come up to us and say this is a need, this is what we need,” he explained.

Sekgota has been a stand-out performer for Amakhosi this season while Bimenyimana scored a brace in his first start. Du Preez has shown glimpses of what he can do but he had the start of his season disrupted by an injury. Now, he is fit and available and will be buoyed by his call up to Bafana Bafana.

Amakhosi fans may be disappointed that they did not take the opportunity to sign Tau.

However, they have signed some good forwards and who knows what the future holds for Tau and Chiefs.

READ | BROOS MAKES HUGE KHUNE STATEMENT: HE’S QUALITY BUT NOT FOR ME

Do you think Chiefs missed out on signing Tau or did the technical staff make the right choice? Let us know in the comments section below.