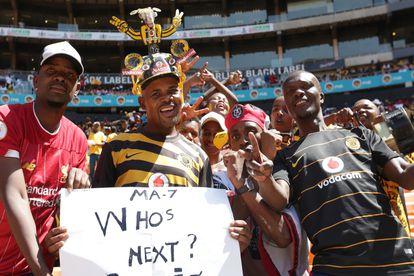 The 176th edition of the fabled Soweto Derby will take place at Soccer City on Saturday 29 October, kicking off at 15:30 CAT. What are the biggest storylines we’re watching ahead of kickoff?

Here’s what we’re looking out for ahead of the 176th Soweto Derby.

The last eight Soweto Derby clashes have produced 21 goals, with those strikes arriving at a healthy average of 2.60 per game. Added to that, every one of those games had a winner, which is a welcome change from Soweto Derby matches in the past which saw extended sequences of stalemates.

Unpredictability in the Soweto Derby reigns

The first three Soweto Derbies played in the Covid era were all won by the Buccaneers, but the three matches since then have all gone the way of AmaKhosi. Chiefs, however, haven’t beaten Pirates by more than a single goal since 2014. Chiefs’ three wins in a row are their joint best run in this fixture since they claimed six consecutive victories between 1991 and 1992.

Lorch will be missed

Thembinkosi Lorch has notched five goals in his 12 Derby appearances but has been missing from The Buccaneers line-up since August. He’s had a disappointing season so far, but his likely absence this weekend will surely hurt Pirates.

Chiefs are a bit Jekyll & Hyde and that might guarantee goals

Only two sides, Mamelodi Sundowns (21) and SuperSport (16) have scored more than Chiefs’ 15 goals in the league this season. However, only lowly Maritzburg United (17) and Swallows FC (16) have conceded more than the 15 goals they have shipped. Kaizer Chiefs matches have featured 30 goals in total this term, more than any other side. Perhaps we’re in for some entertainment.

There have been 175 official Derby matches played in the past, with Chiefs leading the head-to-head 72-44. There have also been 54 draws and five games that have had to be abandoned for various reasons. Chiefs have outscored Pirates 223-190. This Derby will come a week before Pirates play their biggest match in two years as they take on AmaZulu in the final of the MTN8 on November 12. Coach Jose Riveiro will be desperate to avoid injury and suspensions ahead of that massive chance to win silverware.

We can’t wait for kickoff.