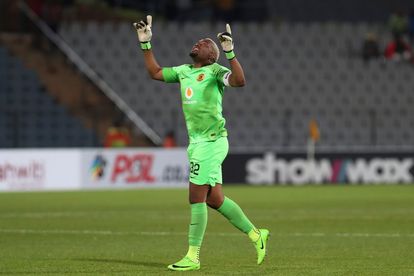 Kaizer Chiefs, Orlando Pirates and several other PSL stars have officially graduated from the Gordon Institute of Business Science (GIBS).

In February 2022, the PSL together with MultiChoice came up with the Player Transition Programme (PTP) to help the current players to prepare themselves for life after football.

Sixty four (64) PSL stars and veterans enrolled for the six-month course, and they were handed their certificates on Monday (14 November).

Mamelodi Sundowns also had a representitive
in goalkeeper Kennedy Mweene alongside TS Galaxy duo of Mlungisi Mbunjana and Sibusiso Vilakazi.

“Class of 2022. Congratulations to the 2022 PSL Player Transition Programme graduates who were honoured earlier today at the Gordon Institute of Business Science (GIBS) in Johannesburg,” reads a PSL statement.

“The course was introduced earlier this year by PSL and MultiChoiceGRP and was specifically designed by GIBS to equip and empower PSL players with the necessary knowledge and skills to find careers off the field after they retire.”