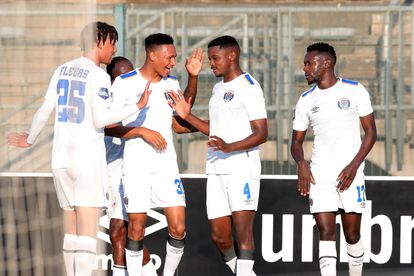 The Soweto giants are in a race for FIVE top quality PSL transfer targets – will they join Kaizer Chiefs or Orlando Pirates?

READ | STUART BAXTER AND MANDLA NCIKAZI TO WORK TOGETHER!

Chiefs and Pirates have are in a race for Teboho Mokoena, Ayanda Patosi, Yusuf Maart, Ethan Brooks and Victor Letsoalo – which side of Soweto will they sign for? Let’s take a look at the players that Stuart Baxter, Mandla Ncikazi and Fadlu Davids are in a race for…

SuperSport’s midfielder has been in top form for both club and country. Mokoena will be a fine addition to any of the ‘Big 3’ sides. He offers sharp-vision, versatility and skill in the midfield. So, where is he likely to play next season?

Well, as it stands, Sundowns are leading the race ahead of Amakhosi and Pirates but this could change very soon. He is still contracted to SuperSport so whichever side does sign him will have to buy him out of his contract.

However, United are looking to establish a commercial relationship with Chiefs which could see the star join Naturena. Fingers crossed Amakhosi!

MUST SEE: JULIUS MALEMA SHOUTS VS THE PSL!

Patosi will be out of contract soon and has fueled speculation around his PSL return.

“I have always had the dream of playing for one of the biggest teams in South Africa, and if there is an opportunity of that happening I will highly consider that.”

The former Bafana Bafana midfielder will choose the club that gives him a better offer. He would fit better into the Pirates side needing some spark in the midfield but Chiefs may present an offer that is too big to deny!

The Royal AM and Bafana Bafana player is a lethal finisher!

With six goals already, he is the second-highest goal scorer in this season’s DStv Premiership. That is the sort of consistency both Kaizer Chiefs and Orlando Pirates want in front of goal.

As things stand, neither club will get MaMkhize’s striker after they released this scathing statement.

Maart was a regular starter for Hugo Broos during Bafana Bafana’s World Cup qualifiers, drawing interest from Amakhosi and the Buccaneers.

However, Sekhukhune United responded with a SURPRISING ANSWER!

Recent reports revealed that the star is available to be signed by by either Amakhosi or the Bucs but where is he likely to go?

Chiefs appear more desperate to sign Maart but Pirates are yet to show activity this transfer window. If they decide to bolster their midfield then Maart will certainly become a priority,

The TS Galaxy midfielder is the latest transfer target for the Soweto giants.

Brooks could offer a solid replacement should Chiefs let Nkosingiphile Ngcobo go to Belgium next season.

The Buccaneers will greatly benefit from some much-needed creativity in the midfield, an area that has lacked spark all season.

For Brooks, he is likely to get the most game time at Pirates since Sundowns and Chiefs are packed with depth in the midfield.