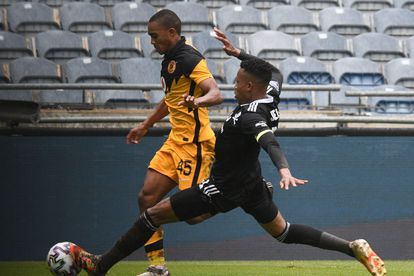 Kaizer Chiefs, Orlando Pirates and Mamelodi Sundowns are in BIG trouble – this weekend they need to save their season!

It is not every day that you see Chiefs, Pirates and Sundowns lose – on the same weekend!

Now, more then ever, they need Mzansi to unite in voice and support.

This, after all three franchises took massive dents to their season aspirations this weekend. Sundowns and Pirates succumbed to dramatic 1-0 losses in Africa in the CAF Champions League and CAF Confederation Cup, respectively. Amakhosi lost their much-anticipated live return at the FNB Stadium.

All of these losses carry massive weight…

Putting huge pressure on The Brazilians, Bucs and Amakhosi (especially the latter’s coach).

The Glamour Boys returned to live supporters at home for the first time in over two years.

Unfortunately, they also lost 1-0, except this was at home in the PSL against SuperSport United. Ruining the fans return and proving the final nail in the coffin of Stuart Baxter’s reign as Amakhosi head coach.

Fans even sang chants demanding for him to leave the club!

Their wishes were granted as it was announced on Thursday that Baxter has been officially axed.

These are the THREE strong candidates already listed as the potential next coach of Amakhosi.

On the other side of Soweto, the Buccaneers find themselves needing to overturn their one goal deficit BUT – they must avoid conceding!

Pirates and Sundowns find themselves in the exact same position. Needing to win by two if they are to qualify for the semi finals of their respective African continental tournaments. If either side concedes they will need to score 3 goals to go through!

Since they would (touch wood they don’t!), concede what would be an away goal.

Sundowns were involved with VAR controversy while Pirates felt hard one by the referee. Neither side expected to be in this position but I firmly believe they can both overcome their current scoreline.

Sundowns then host PEDRO DE LUANDA at the FNB Stadium on Saturday, 23 April at 18:00

READ | KAIZER CHIEFS LATEST: WHY DID THEY BRING STUART BAXTER BACK? – ASKS KHANYE