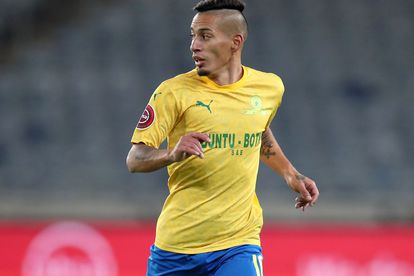 One of the key differences between between the success of Sundowns and the struggles of the Soweto giants is squad depth.

A key area that both Chiefs and Pirates are looking to rectify. This is an attempt to close the gap between the defending DStv Premiership’s, who have dominated SA football for the past five year’s. There is no better way to do this then to bolster their squad using The Brazilians squad as ammo.

FIVE SUNDOWNS PLAYERS THAT CHIEFS AND PIRATES COULD SIGN

The talented Sundowns midfielder was previously in the books of Pitso Mosimane.

However, no deal was reached. During this time, he fell out of favour with Manqoba Mngqithi and Rulani Mokwena. Thus, opening the door for either Amakhosi or the Bucs to make an offer. He would be a fine addition to either side.

What a talent, what a player. He proved his worth at Maritzburg United before being wrapped up by Sundowns.

However, he has recently lost his place in the Bafana Bafana squad and is struggling for gametime with The Brazilians. Thus, opening the door for a potential return to his former side, Pirates.

Maboe missed most of the season with injuries.

He is a quality talent who would benefit from a fresh start and more regular playing time at either one of the Soweto giants.

Motupa only made four appearances all season for Sundowns. according to Goal. He is far too talented to not be starting or playing regularly.

This is something that he could achieve with Amakhosi – he is a fine midfielder and player. Imagine Motupa playing alongside Phathutshedzo Nange and Cole Alexander.

Erasmus is an ex-Buccaneer who has a similar situation to that of Maboe.

He is a part of this side and their plans but definitely not as much as he would want to be. Erasmus is also a former Bucs player. If Pirates make a decent bid for the star, he is unlikely to turn them down.