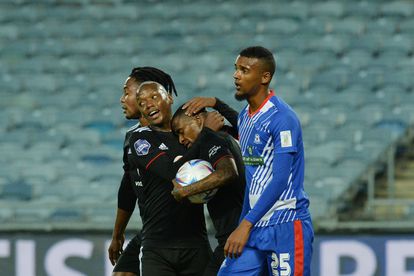 We have all the latest PSL transfer rumours for you including the hottest buzz on Kaizer Chiefs and Orlando Pirates.

A former Kaizer Chiefs and Mamelodi Sundowns star has signed for Amazulu.

The 33-year-old free agent was a signing Sandile Zungu could not pass up.

Kaizer Chiefs reject gets another shot at PSL success

A former Kaizer Chiefs midfielder looks set to be given a second chance at his new PSL side.

The 29-year-old midfielder is set to be given another chance at Marumo Gallants.

Ngele joined Chippa United at the start of the 2021-22 season following a stint with Tshakhuma Tsha Madzivhandila (TTM) who later became Marumo Gallants.

A former Orlando Pirates defender is tipped to join Maritzburg United ahead of the start of next season following his release this past week.

The tall centre back is seen as someone who could immediately improve the Team of Choice.

Cape Town City have confirmed that their record signing is now eligible to feature for the club ahead of the new season.

He joined City in February but he wasn’t able to feature for them as the transfer window had already closed when he signed for them.

Royal AM have stirred things up when they announced the signings of four big name players.

The Durban club also revealed who will coach the side next term.

Team of Choice snap up Royal AM strongman

Given Mashikinya has left to join Maritzburg United where his former coach John Maduka is set to assemble a team for the new season.

According to reports Mashikinya has been signed on a two-year contract by the Team of Choice.

“Given Mashikinya has left Royal AM to join Maritzburg United. He has signed a two-year contract with an option to extend for a further two years,” a source in Pietermaritzburg told Soccer Laduma.

How will South Africa resolve its energy crisis?