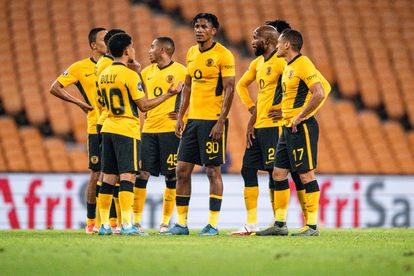 Yet another Kaizer Chiefs record is mere weeks away from being removed from the PSL record books thanks to Mamelodi Sundowns. Photo: Twitter @KaizerChiefs

Yet another Kaizer Chiefs record is mere weeks away from being removed from the PSL record books thanks to Mamelodi Sundowns. Photo: Twitter @KaizerChiefs

Tinkler has lodged an official protest against Amakhosi and the PSL.

He is not accepting their decision to allow Chiefs to play their postponed fixture against Cape Town City lightly, according to iDiskiTimes. Tinkler and City are protesting this decision, something he made very clear.

MUST-READ: MAMKHIZE ON THE BRINK OF CONQUERING KAIZER CHIEFS!

“The Chiefs game, I don’t even think about that, because that’s not in my hands,” Tinkler said.

“That, I’ll leave to the chairman. But I know we’ve put in a protest against that. So whether that game will take place or not, is for me right now, I don’t even think about it, I think about the next game, which is Sundowns,” Tinkler added.

The decision puts tremendous pressure on his side.

Meaning, his side have to face Mamelodi Sundowns and then Chiefs, in quick succession.

His side followed all protocols, showing up to the match as if it were happening. So, he certainly has a point.

However, as things stand the match has been officially postponed and rescheduled for three days after their clash against Sundowns.