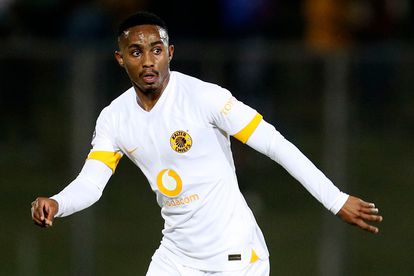 Kaizer Chiefs utility player Njabulo Blom will NOT be joining SuperSport United even if it’s on a free transfer, and here is why…

ALSO READ | KAIZER CHIEFS LATEST: ‘SEKGOTA SHOULD NOT BE AT AMAKHOSI’

According to SuperSport United CEO, while Blom is a very good player that Gavin Hunt knows and respects, his wage bracket is just too much.

Matthews said SuperSport United have a funding model which they WON’T move away from for the sake of accommodating Blom.

Blom is facing a bleak future at Chiefs as his contract is expiring in June, and the club is reluctant to meet his salary demands.

And SuperSport United were believed to be one of the teams that he could possibly join ahead of the start of next season.

KAIZER CHIEFS STAR BLOM WILL NOT BE JOINING SUPERSPORT UNITED

“Blom is a very good player, someone our coach [Gavin Hunt] knows well and respects highly. But he is a Chiefs player and a player on a wage bracket that, for us, isn’t in our range. It’s a non-starter,” Matthews told SABC Sport.

“Njabulo Blom is not an option to play for SuperSport United at all – there’s nothing more to discuss about it.”

“Even on a free. We’ve got quite a clear funding model at SuperSport that we’ve settled on and have to operate within. That means getting players that we can afford, that can stay at the club and grow in an upward trajectory,” he continued.

“We have to stay true to our funding model and that means respecting the wage brackets at the club – what we can and can’t pay players. We are not in a position and we won’t be in a position to jeopardise our stability by overpaying for players with money we don’t have,” added Matthews.

‘Not the one’: Black Coffee done being the ‘face’ of GBV campaign