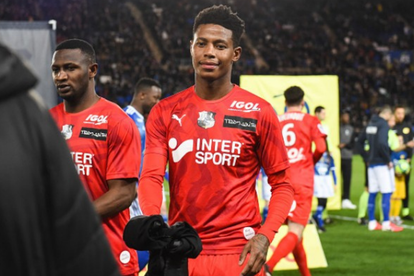 Bongani Zungu is expected to be back in the PSL next season. Image: @SaFootbalAbroad / Twitter

Bongani Zungu is expected to be back in the PSL next season. Image: @SaFootbalAbroad / Twitter

Kaizer Chiefs‘ potential marquee signing for next season, Bongani Zungu, could end up at Mamelodi Sundowns instead.

Could history repeat itself where Zungu will choose Amakhosi over Kabo Yellow as we saw with Keagan Dolly last year? Or will Zungu opt to return to his former club?

ALSO READ: Kaizer Chiefs could name one of these FOUR coaches to assist Zwane

As The South African previously reported, Kaizer Chiefs have their eyes on signing Zungu after his French club Amiens revealed a decision not to renew his expiring contract.

According to the latest reports in Soccer Laduma’s latest edition, Sundowns are interested in Zungu after co-coach Manqoba Mngqithi recently revealed that the club is in the market for a central midfielder.

With Zungu back in Mzansi after the season’s conclusion in Ligue 2, Amakhosi are yet to make an offer as the club first looks to make decisions on their current squad.

The report concluded to say that Sundowns are expected to table an offer for the 29-year-old from Duduza, Gauteng.