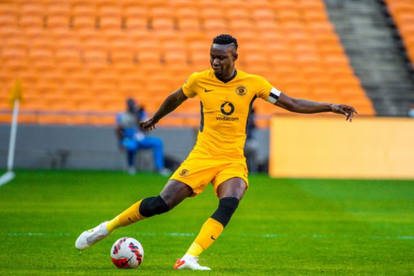 Kaizer Chiefs could be parting ways with another long-serving footballer. New reports are linking Erick Mathoho with a move to Swallows FC.

Has anyone seen Mathoho lately? It’s been a long while. The 32-year-old from Thohoyandou seemed to have survived the club’s senior player exodus in June.

After failing to make the squad in the club’s first three games this season, new reports say Amakhosi have offered the man known as ‘Tower’ to Swallows. This is not surprising at all.

“Erick Mathoho’s future at Kaizer Chiefs appears uncertain as the Siya crew has established that the veteran defender has been offered to Swallows,” Soccer Laduma reported in their latest edition.

“… the shock news coming out of Naturena is that Chiefs have had unofficial talks with the Dube Birds about Mathoho possibly joining them before the end of the transfer window which slams shut on 22 September,” the outlet added.

END OF A VERY LONG ROAD?

The report concluded to confirm that the former Bloemfontein Celtic defender, who joined 10 years ago in 2012, has 12 months remaining on his contract as a Glamour Boy.

Should Mathoho move to Swallows or remain to fight for his place against the likes of Zitha Kwinika, Njabulo Ngcobo, and Edmilson Dove?

Please share your thoughts in the comments section below.