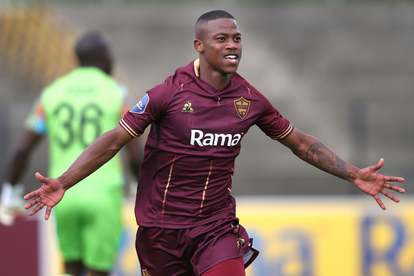 The mighty Kaizer Chiefs have truly fallen at this moment. The club’s DStv Premiership match against Cape Town City saw a rather embarrassing crowd turnout.

DID KAIZER CHIEFS ONLY HAVE 44 FANS AT THE FNB STADIUM?

As The South African reported on Saturday, Arthur Zwane‘s side suffered a somewhat shocking 2-1 loss at the hands of Eric Tinkler‘s visitors from Cape Town.

But what was equally appalling was the poor fans’ attendance for the 15:00 kick-off on a long weekend Saturday. After seeing a video that scanned the crowd before the game, we could not help but try to count the supporters.

After pausing the video to count the visible figures in the stands, we came to a sum of about 44 fans including the video shooter. While it was about 30 minutes before kick-off, not many more fans came pouring into the venue when the game began.

If there were indeed 44 fans in the 90 000 capacity venue during the kick-off, it’s hard to predict the venue welcomed beyond 100 fans, did it?

Check out the video below to form your own judgment:

WHY THE POOR NUMBERS?

Meanwhile, the reasons for the embarrassing crowd numbers are attributed to various factors.

These include poor Kaizer Chiefs team results, performance, style of football, and the club’s controversial decision to increase ticket sales from R40 to R70. Amakhosi have been the only club in the PSL that took the decision.

Coming up next is the visit of Marumo Gallants at the same venue on Tuesday at 19:30. Unfortunately, the expected crowd number could be even more degrading.